What You Save with LEDs

It’s tempting to continue using the same kind of lights. However, you have to consider how much energy they use, and how often they need to be replaced. LED lights are rapidly taking over the market. The switch may seem daunting with a larger upfront price tag. However, more property managers are out of traditional incandescents these days. The long-term savings are real! 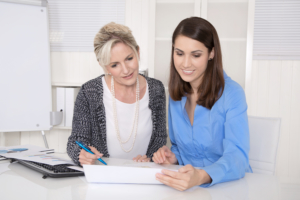 The Cost of LED

Conventional bulbs are substantially cheaper for a reason. They are low-quality and have relatively short lifespans. Not to mention, they are produced with cheap, harmful chemicals.

At first, LEDs were costly and gave off a cold light. But now, they have become reasonably priced, casting a bright white light far superior to incandescent bulbs. An LED bulb has a higher price tag, but it shines up to 25 times longer. In many situations, you won’t have to change LED lights until 10 years after install!

LED lights use substantially less electricity.You save hundreds to thousands of dollars on your energy bill per year, depending on how many lights you have. Traditional lights turn electricity into wasted heat, producing little light with the energy you are paying for. This also strains your AC harder.

LEDs use electricity more efficiently- creating more light and less heat. They do not pose the same kind of fire hazard as traditional bulbs.

With our distributorship and expertise in affordability, LEDs can and do fit into your 2017 budget. Call our team at NCLED today at 920-455-8338 and let’s start with a complimentary energy audit at your Wisconsin facility.


Back to Blog Main Page